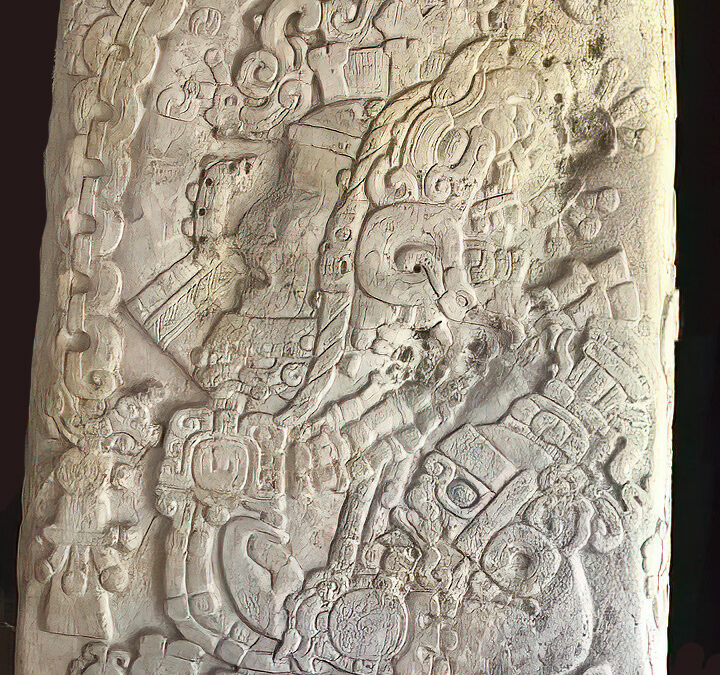 The Sylvanus Morley museum was founded in 1964 with the initiative of the Tikal Association, archaeologists, and authorities of the Tikal National Park.

You can admire beautiful vases and priceless sculpted monuments. These pieces presented an important ideological message and were carefully painted and carved.

The museum’s main objective is to show the masterpieces created by Tikal artists and delve into their meaning and symbolism. Without guessing their historical value and social importance, most people view the artifacts as curiosities made by strangers who lived long ago.

This lack of knowledge can misunderstand its creators’ intellectual, spiritual, and cultural richness.

The ceramic pieces show monochrome and polychrome stuccoes, vessels, bowls, and plates. There are also censers with anthropomorphic shapes found in tombs and ritual offerings in ceremonial centers.

Other pieces include modeled clay figures representing different gods. Many of which are covered with a thin layer of stucco and painted in different colors.

The museum’s treasures are completed with various jade, shell, and obsidian objects. The engravings on bones constitute authentic masterpieces of outstanding artistic quality.

In the Museum of the Stelae, many monuments exhibit figures of governors of Tikal, especially those of the Classic period (250-900 AD).

The Mayans recorded the name of each individual, sculpted dates, facts that they wanted to delineate, such as conquests of other cities, royal visits, marriages, explanation of their lineage, name of their parents, and other ancestors that were of great importance for the history of Tikal.

A prominent monument is the “man from Tikal,” a mutilated sculpture of a human figure sitting cross-legged. This monument has a beautiful hieroglyphic inscription carved on its back, corresponding to the Early Classic.

After admiring this collection of valuable goods, you may have a broader vision of how life developed in this city, where various social sectors flourished. It is a testament to the visible trace of Mayan achievement, evident in this cultural sanctuary.

In addition to the museums in Tikal, there is a new Center for Research and Preservation of Cultural Heritage.

No comments to show.